Lady Liberty. One of New York's most iconic landmarks, and the preferred method of transport for a bunch of ghost hunters back in 1989. The Statue of Liberty is known worldwide, so if you're visiting New York, you may well have it at the top of your itinerary. But, with the majestic statue located on Ellis Island and separate from the mainland, how do you get there? Well, by taking the Statue of Liberty Ferry, of course!

Don't worry; if you don't know what that is or where to get it from, we're going to tell you right now. Prepare yourself for the ultimate guide to taking the Statue of Liberty ferry, and what you'll find when you reach its lauded shores! 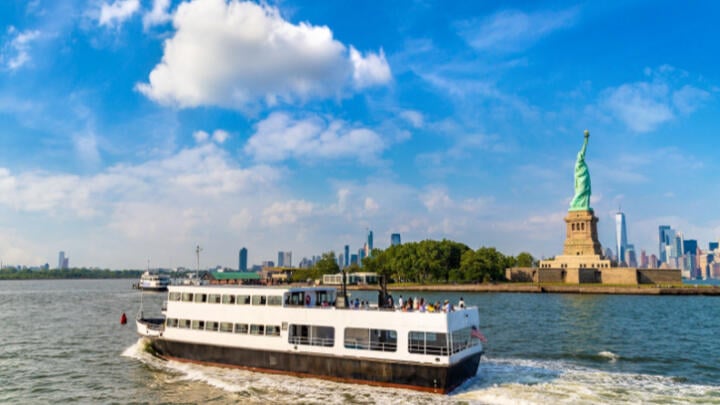 What is the Statue of Liberty Ferry?

As you may have gathered, it's a ferry that takes people between New York's mainland and Ellis Island, where the Statue of Liberty stands tall.

From where does the Statue of Liberty Ferry depart?

If you're traveling from New York, the departure point is in Battery Park: 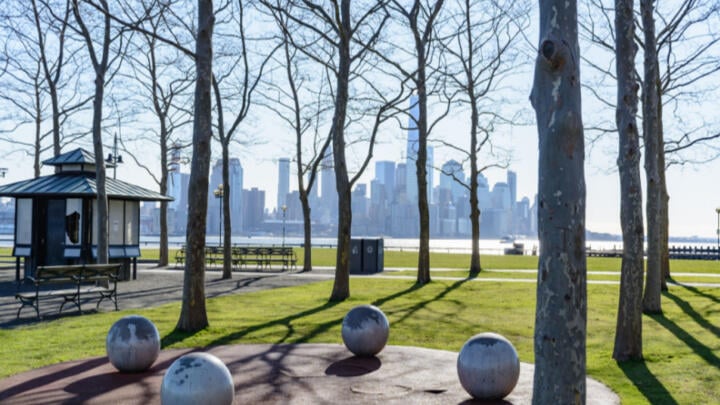 If you are traveling from New Jersey, the departure point is Liberty State Park:

The closest stop is Liberty State Park Station on the HBLR.

How often does the ferry leave?

It's worth checking the official timetable to ensure your timings are up to date, but on average, the ferry departs from either port every 25 minutes.

How do I get a ticket?

We've got you covered – Statue of Liberty and Ellis Island Ferry tickets are available with the below money-saving options, so you can choose the attraction pass that's right for you:

1. All-Inclusive Pass – All you can do. Your Attraction Pass includes admission to dozens of attractions.

It's worth noting that, whichever way you decide to go, booking is required to get the ferry, and early booking is highly recommended because, as you may have guessed, it is an incredibly popular tourist destination!

The History of Ellis Island

Standing tall as a symbol of liberty and justice, the Statue of Liberty is an important part of America's history.

The island itself is named after Samual Ellis, who owned the landmass before it was opened to the public. Ellis Island served as the primary entry point for immigration into the United States, so much so that a third of all Americans can trace their family tree to someone who landed on the island! But its job as an immigration entry point ended nearly 100 years ago, and it wasn't actually opened to the public until 1976.

Nowadays, it hosts countless tourists every year, who flock there from all over the world to explore one of the most iconic landmarks on the planet. 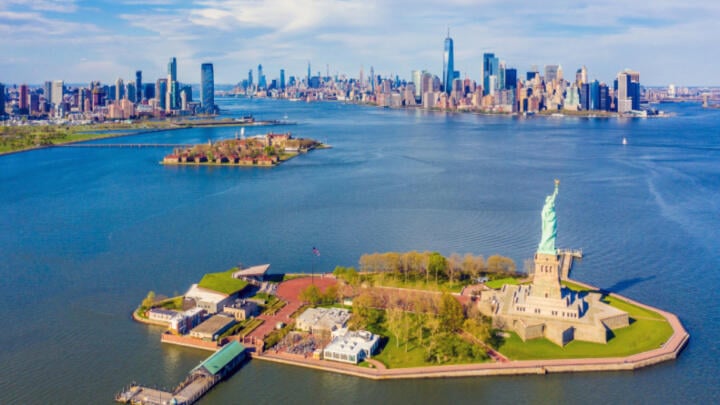 What to expect on Ellis Island

This one's a no-brainer. You wouldn't even be reading this if not for Lady Liberty herself! Yes, the Statue of Liberty now stands tall on Ellis Island. Visitors can walk around the National Monument and see the big girl up close - at least if they look up!

Then, when you've enjoyed the view, so to speak, you can enter the Statue of Liberty Museum, which contains tons of amazing artifacts that detail the statue, and the island's, history in much greater detail than we ever could. See the original torch up close, touch a copper rendition of Lady Liberty's face, and explore interactive exhibits like a reimagining of the studio where the statue was first conceived. 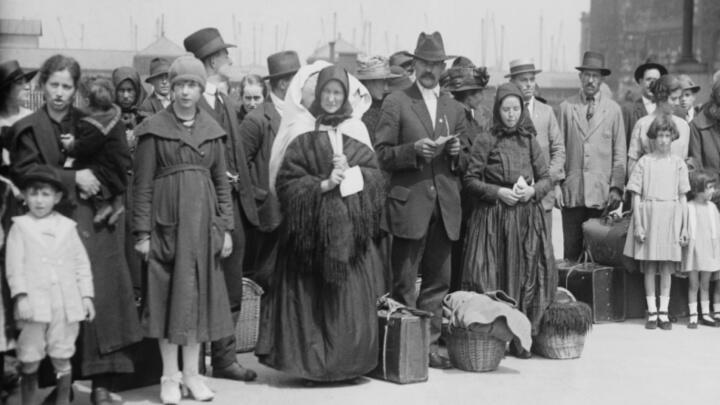 Then, head across to the Ellis Island Immigration Museum, where you can learn more about the island's importance in populating America. Through first-hand accounts, artifacts, and other exhibits, you'll piece together the island's rich history. Then, try tracing your family tree back to the island in one of the many databases you'll find.

Then, when you've had your fill, simply hop back on the ferry and cross over to the mainland!

And that's our guide to taking the statue of liberty ferry, and what you'll find on Ellis Island! Looking for more fun-filled adventures in the Big Apple? Check out our guide to The RIDE, your one-stop shop for every other New York landmark on your bucket list! Want to know what other attractions are covered with your pass? Check out all of them here!