Things To Do In NYC For Chinese New Year For Tourists 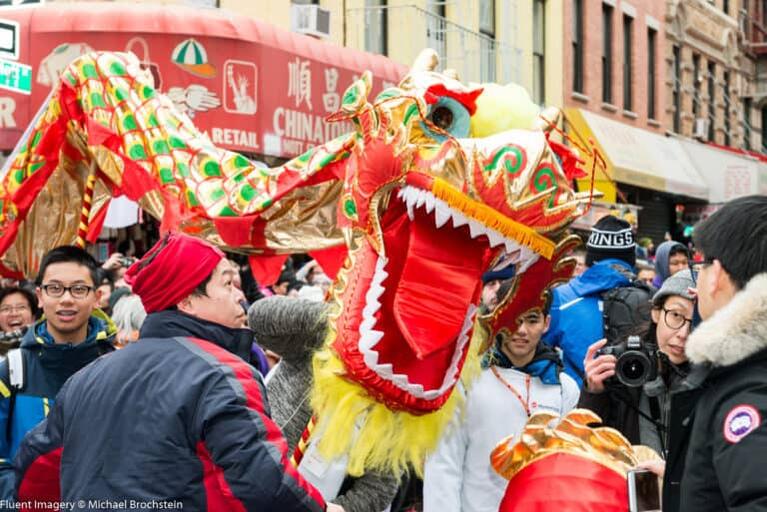 18th Annual New York City Lunar New Year Parade (Image credit: betterchinatown.com)
This celebrated parade is vibrant and colorful with its dragon dancers, lion dancers, marching bands, and floats. This coming year, it’s the “Year of the Rat.” The 2020 parade route stretches from Mott to Chatham Square to East Broadway, past the grand entrance to the Manhattan Bridge and towards Grand Street right next to Sara D. Roosevelt Park. The parade is a positive riot of color, costume and conviviality that lasts nearly 5 fun-filled hours. This street party welcomes in the Year of the Rat with all sorts of vendors and food. The parade also features some amazing day-time firework displays. Admission to the Lunar New Year Parade is free and open to the public.

The New York Philharmonic puts on an annual Lunar Concert to celebrate the Chinese New Year. Experience Beethoven’s grand Choral Fantasy by renowned artists, such as the Farmers’ Chorus of the Yunnan Province and 13-year-old pianist Serena Wang. It’s a gala event. Tickets to The New York Philharmonic Lunar Concert are available for purchase online.

Gather a hungry crew to feast on egg rolls, dumplings and more at some great Chinese restaurants in NYC. Visit the Nom Wah Tea Parlor for some mooncakes. It’s the oldest dim sum parlor in NYC and dates back to 1920. At Tim Ho Wan, you can chow down on some exceptional pork and steamed rice rolls. Jade Asian is well known for its turnip cakes and seafood-stuffed hot peppers. Try the Katz’s pastrami egg roll at Red Farm. It’s a delight. Hakkasan New York celebrates the Chinese New Year featuring a mix of traditional Cantonese dishes and invites guests to celebrate by placing wish ribbons on a wishing tree. There’s even a lion dance performance. Call restaurants in advance for reservations--they're sure to be busy during the New Year!

7. The Museum of Chinese in America (MOCA)

One of the best ways to fully appreciate your trip to NYC for Chinese New Year is to take a visit to the Museum of Chinese in America where you can learn all about the Chinese culture and traditions you'll be celebrating with the Lunar New Year and learn about what life in NYC and beyond is like for its large Chinese population. The MOCA is a former machine shop inspired by a Chinese house with rooms extending from a central courtyard. It has exhibits that trace the development of Chinese communities along with mixed-media displays of Chinese restaurants and Laundries in New York. Tickets to the Museum of Chinese in America are available for purchase at the door or in advance online.

Get your sugar and caffeine fix at the New Kam Hing Coffee Shop. This 30-year old coffee shop doesn’t look like much but serves up the best boat-shaped white-sugar cake, coffee, and green tea. It also has an angel-food-like interior that is light and airy. Nearby, you should make the time to shop for some great Asian cuisine at the Hong Kong Supermarket. It’s a Chinatown megastore that has everything for Asian food fanatics. Get fermented black beans, fresh noodles, dumpling wrappers and a whole host of other goodies. Everything’s super fresh, and the sushi stall offers tasty fresh rolls to-go. The New Kam Hing Coffee Shop is open to the public. 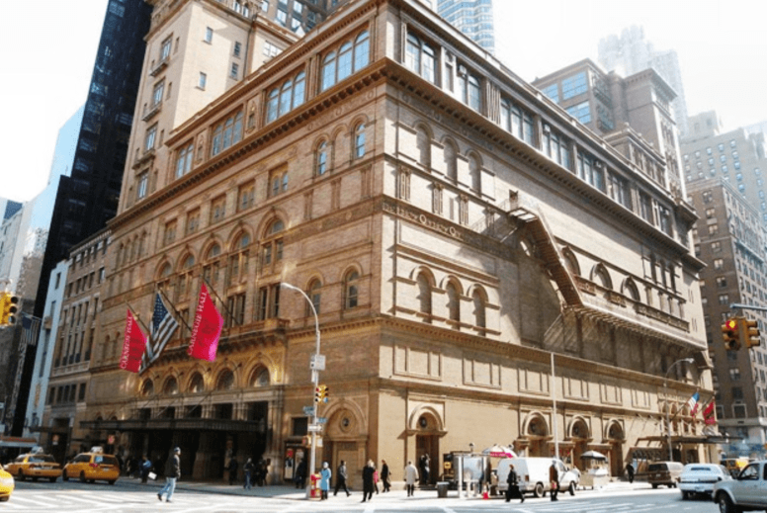 Enjoy world-renowned symphonies featuring film and harp projections. There’s even a pre-concert reception where you can dine with the artists. Previous performers include Jiaxin Tian and conductor Gregory Singer. Music is at its best at the Lincoln Center and Carnegie Halls. Tickets are available for purchase online. Guided Lincoln Center Tour tickets and guided Carnegie Hall tickets are included with The New York Pass. From dazzling fireworks shows and colorful parades to great museums and concerts, there's no shortage of things to do in NYC for Chinese New Year. Whether you’re a local or a tourist, there's nowhere better in America to celebrate Chinese New Year than the Big Apple.

Remember To Save on Attraction Admission

If you're looking for things to do in NYC for Chinese New Year, spend some time in Chinatown checking out all of the festive events, and be sure to add some New York City sightseeing to your itinerary, too. Save on attraction admission with New York Pass which grants you free entry to over 90 attractions in New York so that you can enjoy more and save more during your trip. For more information on the New York Pass, click here.
Tags
News
Share this post
Copy Email Share Tweet
Previous post

What to do in New York in January