This Photograph of New York City is Better Than Real Life 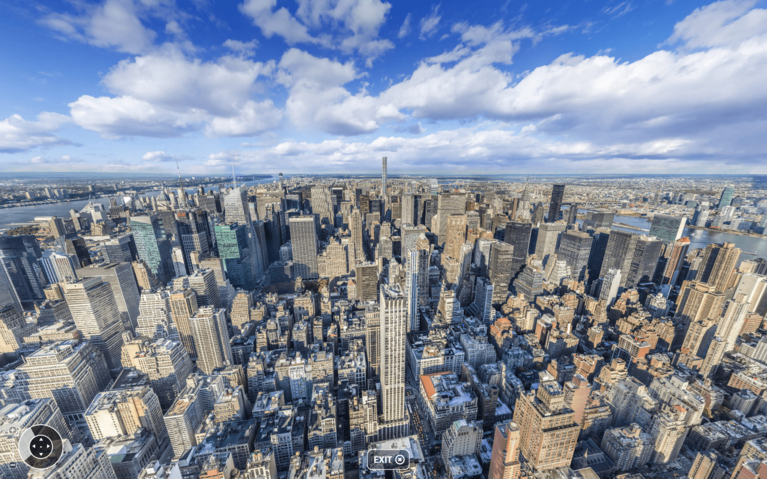 20 Gigapixel Panorama of New York City, Uptown view[/caption] [spacer height="20px"] Photographed Jeffrey Martin from 360 cities is the one responsible for the most incredible shot of New York City every taken. This panoramic, dynamic photograph captures all of New York City, as seen from the top of the Empire State Building in unbelievable detail. The 20 gigapixel image has a resolution of 203,200 x 101,600, making it the largest photograph of New York ever taken. You can See the whole image in dynamic view, zooming in on thousands of buildings in New York City. You cannot get clarity this incredible, even if you stood on top of the Empire State Building on the clearest day observing the surroundings with a naked eye. [spacer height="20px"] [caption id="attachment_929" align="alignright" width="1680"]

Detail of the Flatiron Building[/caption] [spacer height="20px"] If you are debating whether or not to visit the Empire State Building and deal with the crowds at New York's most popular observation deck, take a look at this image for a preview of what you are going to experience. While viewing the image, you can toggle a full screen view and drag the image for a full 360° panorama of New York City. On the bottom left, you can zoom in or out for incredible detail. [spacer height="20px"] [caption id="attachment_931" align="alignright" width="1680"]

Save On Your New York Vacation With The New York Pass